From 29 September to 4th October 2013 in Cartagena de Indias (Columbia), the 72nd Plenary Session of the ICAC was held.

The meeting was attended by the official Polish delegation composed of: 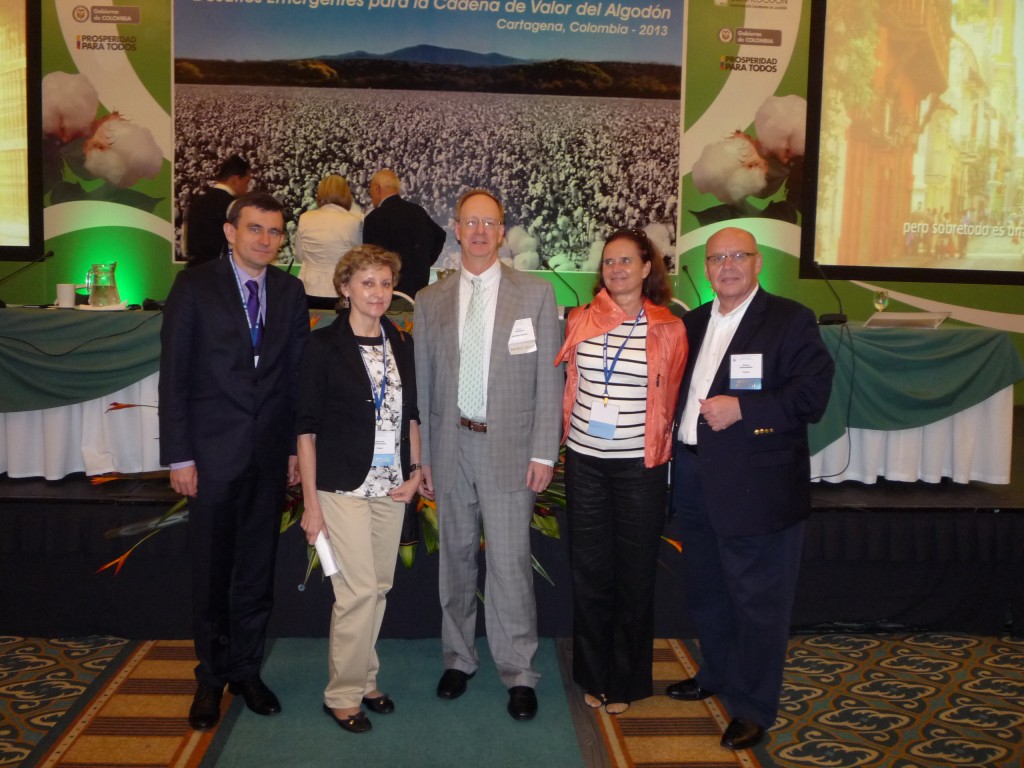 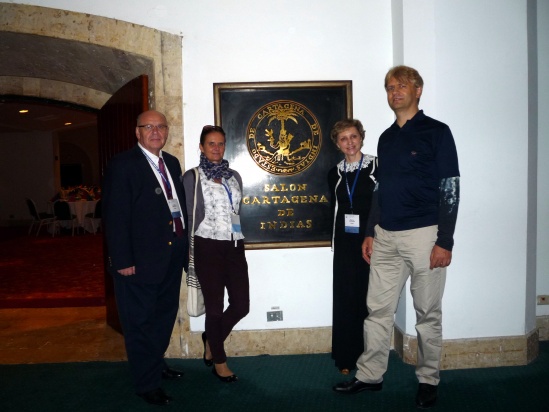 The leading theme of the Session were issues related to the identification of new challenges facing the cotton sector – its title was “Emergent Challenges Facing the Cotton Value Chain“. As in the previous years, the ICAC works were undertaken during the plenary, open, and breakout sessions. In total, there were 3 Plenary, 6 Open, and 6 Breakout Sessions. Parallel, there were also technical sessions and meetings of a number of expert organisations and task groups which are active within the ICAC. Moreover, the Polish delegates took part in the sessions of the Private Sector Advisory Panel, Task Force on Commercial Standardisation of Instrumental Testing of Cotton, International Forum for Cotton Promotion, Task Force on Challenges from Competing Fibres and in other ones, which dealt with the production, processing, trend analysis in the cotton sector as well as with cotton promotion.

Mr Alois Schonberger (Cottonex Anstalt) – Vice President of The Gdynia Cotton Association and Immediate Past Chairman of the Private Sector Advisory Panel – chaired the 2nd Breakout Session “Making Cotton Trade More Efficient“. During this session the Private Sector Advisory Panel (PSAP) recommended adoption of a worldwide system of bale identification to facilitate traceability and efficiency as the world moves toward 100% HVI testing. The panel endorsed also the use of electronic documents in cotton trade worldwide to avoid costly and bureaucratic procedures. The Secretariat was asked to work with the Standing Committee to standardize phytosanitary requirements for trade in cotton.

Mr Zbigniew Roskwitalski – Executive Vice President of The Gdynia Cotton Association was again elected the Rapporteur of the Task Force on Commercial Standardisation of Instrumental Testing of Cotton.

During the session of the International Forum for Cotton Promotion, Mr Zbigniew Roskwitalski presented a short report on the continuation by the GCA of the promotion activity in respect of increase of cotton consumption, plans and marketing success in the field of popularisation of cotton as a natural and customer-friendly raw material. Zbigniew Roskiwtalski (as the former Chairman of the IFCP for five consecutive terms of office) was again elected the Immediate Past Chairman.

During the Session the challenges facing  the cotton chain were discussed during the plenary sessions,  open sessions, breakout sessions, World Cafe and other meetings.  During the First Open Session “Interfiber Competition: Meeting the Challenges of the Competing Fibres” the panel of expert speakers during the session identified three primary areas of concern that are impacting cotton’s long-term ability to succeed in the marketplace: price volatility, unpredictable price spikes and plunges, uncertain quality control, loss of market share to synthetic competitors like polyester. The key to reversing the loss of market share, according to Kevin Latner, President of Cotton Council International, is unified messaging communicating the social and environmental benefits of natural fibers directly to consumers.

Mr Kevin Latter is the Chairman of the “Task Force on the Challenges from Competing Fibres“. Member of Polish Delegation, Dr eng. Malgorzata Zimniewska has taken part in the works of this Task Force as the representative of Polish researchers.

The Second Open Session undertook the two important challenges facing the cotton sector. The first one is the land ownership and the role of small and large farmers in agriculture and their profitability. The second one -the SEEP recommended need to develop an agreed set of key performance indicators, and more importantly, an agreed focus for collecting and reporting on information at a global scale.

The Third Open Session “Cultivating a New Crop to Enterpreneurs” undertook the problem of migration from rural to urban areas, the problem of existing huge gap in the per capita income in the rural and urban areas. The participants of the Session underlined the significant role of the national development programs in the process of making farming more attractive to people.

The question how to define and measure sustainability has been an important topic of the debate during the 2013 World Café. The World Café participants came to a consensus on the following three points: any framework for measuring sustainability needs to be implemented on a country-specific basis, the results of sustainability measurement should not lead to discrimination within the cotton sector, and a committee of representatives from each country should be created not only to help create the initial framework, but to ensure that it continues to improve as the industry evolves.

Increasing the Visibility of Women in the Cotton Industry was the main subject of the Forth Open Session. Specialists noted that women provide most of the labor in smallholder cotton production, including planting, weeding, spraying, and harvesting. However, women often lack access to inputs, credit, extension services and markets, and that work-life balance issues often place greater stress on women than men in jobs within the value chain. Governments were encouraged to ensure that women have access to credit and inputs, are eligible for land ownership, and are supported with gender-sensitive technical support.

The Fifth Open Session (Technical Seminar) titled “Overcoming the Period of No-Growth in Yields” lecturers reported that by the end of the 21st century, global climate change is projected to increase temperatures, change rainfall patterns and increase the incidence of drought. This will alter production management practices and the geographical regions suitable for cotton production. Research programs will have to be reoriented to develop cultivars with increased thermo- and drought- tolerance. The similar questions were discussed also during the Third Breakout Session “Global Warming and Cotton Production“.

During the Sixth Breakout Session “Textile Industry Challenges” the detailed report on trends in global trade of yarns,  wooven and knitted fabrics and textile machinery.

Mr Jose Sette from Brazil was welcomed as the incoming director.

The Committee has accepted an invitation from the Government of Greece to host the 73rd Plenary Meeting in Thessaloniki, from 2 to 7 November 2014.

Materials and summaries of individual session are presented on the ICAC web-page: www.icac.org