On 25 May 2007, in GdaĹ sk, the 66th Ordinary Reporting-Electing General Assembly of the GCA members was held. In the course of the session the new Organs were elected, as the previous term of office expired on that day. The decision about shortening the terms of office was passed, what is expected to result in a greater engagement of the Board members in the GCA works.

Mr Jerzy Kowas was elected the new President (Textilimpex Co. Ltd., ĹĂłdĹş). For many years he has been an active Board member and during the two last terms of office he was the Vice President. Moreover, in 2004 – 2006 he held the post of the CICCA Chairman.

Other new Board members are: 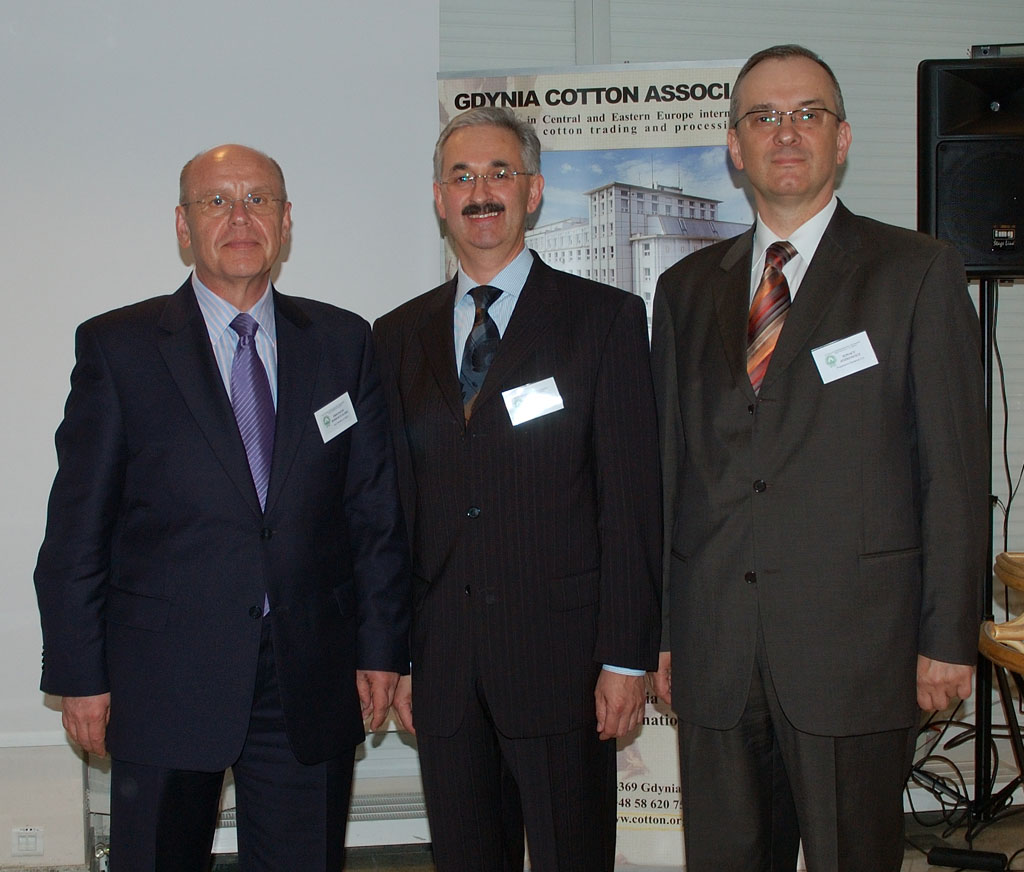 The General Assembly granted the title of The Honorary Member of the Gdynia Cotton Association to Ms Irena Nowak (Textilimpex) – who had been the Chairwoman of the Auditing Committee for many years. All these years she was deeply engaged in the activities of the Association. As the result of her retiring from Textilimpex she also resigned from the membership of the Auditing Committee.

To honour the many years’ cooperation with the GCA, Ms GraĹźyna MikĹaszewicz (WI-MA) was granted the award“Meritorious Person of the GCA”. 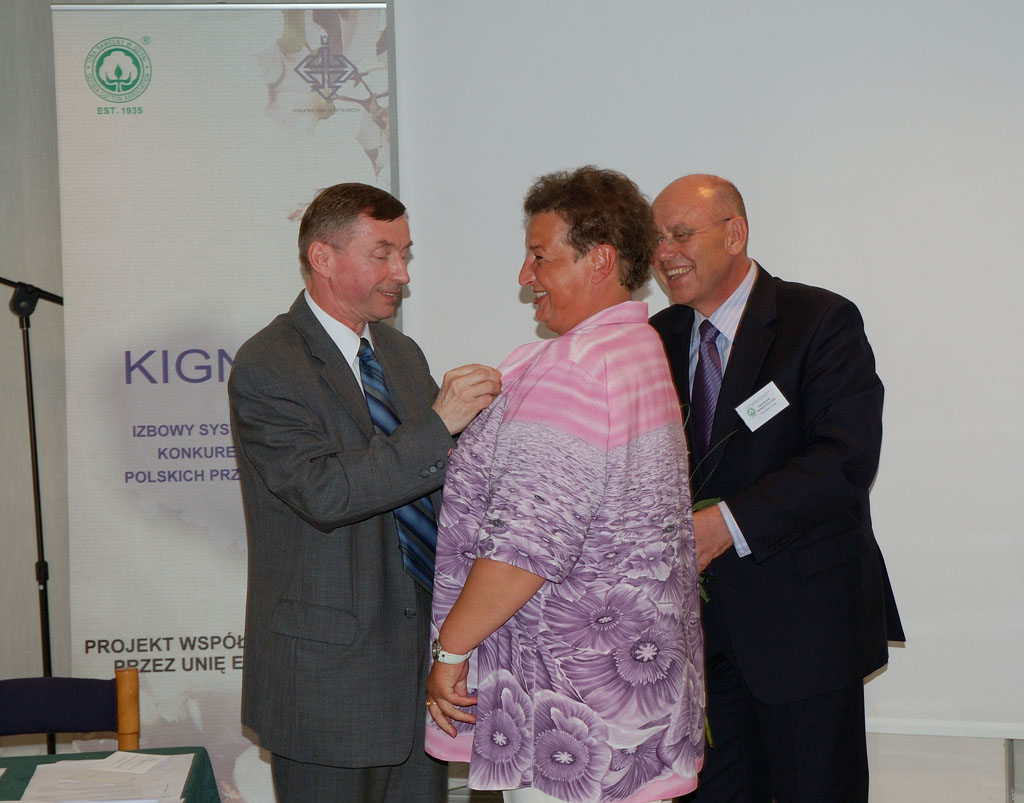 During the session, the issues of competitiveness of the Polish textile and apparel industries were discussed in relation to the global changes of structure and directions of light industry products turnover, textile-apparel production re-location to Asian countries and the expansion of Chinese exports on developed markets.

The past President, Mr Ignacy Jozkowicz underlined the opinion-making role of the GCA when cooperating with the Polish administration and an effective cooperation with European branch organisations and with EUROCOTON, focused on the defence of the textile-apparel industry interests. He reminded some of the GCA activities – such as striving for retaining efficient instruments of trade protection or monitoring of textile-apparel turnover from Chinaand looking for the ways of protection of the European industry against unfair trading practices of third countries.

Among others, in the Directive Resolution of the 66th General Assembly, there is also the appeal to the Polish Government for continuation of the activities underway and for implementation of new initiatives supporting the development of competitiveness of Polish textile industry.

The guests of the General Assembly were, among others, Mr Pierre van Mol – Director of the Belgian Cotton Association, Mr Robert Jiang – representative of the International Cotton Association in Liverpool, Mr Zbigniew Kaniewski – Chairman of the Federation of Independent Trade Unions of Light Industry and Mr WĹodzimierz Sobczak – Vice President of the Polish Chamber of Commerce.

In his address, Mr Kaniewski underlined the great role of the GCA in protecting the textile-apparel sector, in retaining the jobs and in fighting with unfair competition.

Mr Sobczak in turn, stated that since August 2006 the GCA has been the beneficiary of the KIGNET Project system which supports the entities in the business surrounding (coordinated by the Polish Chamber of Commerce). The GCA has made a very effective use of the activities supporting our members.