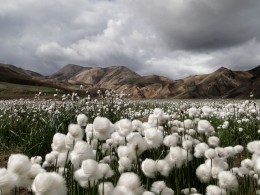 World cotton consumption is expected to recover by 3.8% to 24.4 million tons. The top five consumers of cotton in 2014/15 are likely to be China, India, Pakistan, Turkey and Bangladesh. In China consumption is forecast to increase to nearly 8 million tons. However, this would still be less than the annual volume of consumption observed between 2004/05 and 2012/13, when annual

World cotton trade is forecast down nearly 1 million tons to 7.9 million tons, which is the third