On 20 May 2011 in the conference halls of the “Nadmorski” Hotel, the annual General Assembly of the Gdynia Cotton Association members was held. In the course of the discussion the Assembly approved of amendments to the GCA Statutes, introducing the institution of an Affiliated Member. Then, the Board of Directors report for their activity in 2010 was endorsed, the budget for 2011 was accepted as well as activities and main tasks to be done in the current period.

In the Directive Resolution of the 70th General Assembly an appeal to the Polish government was incorporated. It calls for permanent active support on the European Commission Forum of the standpoint of the textile industry demanding the unconditioned continuation of observing the rule of double processing of textile-clothing products in the frame of the GSP as well as monitoring of the course of negotiations in the scope of bi-lateral free trade agreements, mainly with Canada, India, ASEAN and Central American countries.

As the term of office of the former Board of Directors came to and end, the elections of the new organs were held. 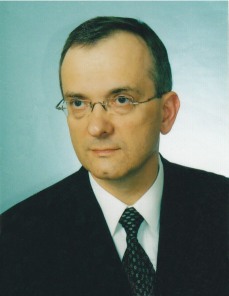 Józkowicz is a many years’ member of the GCA Board of Directors. During 1999 – 2007 he was the GCA President. He has a vast professional and scientific knowledge. For many years he had held posts in higher management of the greatest textile mills (President of Zawiercie Spinning Mill S.A. and ZTK Teofilów S.A.).

At present he works in the family business.

The new Board of Directors is composed of:

and the Deputy Board members:

The composition of the Auditing Committe was not changed in the new term of office: Chairman – Leszek Kilanowski – SGS Polska Ltd., Zbigniew Cekus – Polcotton Ltd. and Małgorzata Zimniewska, Institute of Natural Fibres and Medicinal Plant.

Ceremony of Decoration with State Awards

The deliberations were preceded by a nice accent – The Vice Voivode of Pomerania Michał Owczarzak, decorated persons of great merits in the textile industry and in local society, with high state awards. 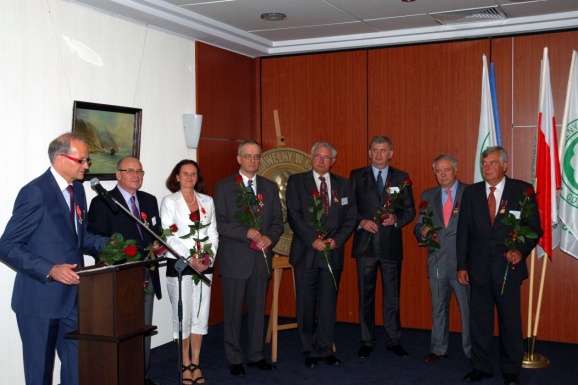 The distinctions were granted to:

Roskwitalski Zbigniew – Officer’s Cross of the Order of Polonia Restituta

Frydrych Iwona – Knight’s Cross of the Order of Polonia Restituta

Gacek Artur – Knight’s Cross of the Order of Polonia Restituta

Józkowicz Ignacy – Knight’s Cross of the Order of Polonia Restituta

The General Assembly was accompanied by the Conference – Debate entitled “Textile Sector vs. Global Raw Material Policy” where 5 lectures were presented from the field of markets and technology. Concerning the current situation of Polish and European textile industries the topics of this year’s Conference – Debate encompassed issues related to access to raw and textile materials.

At the beginning, Mr Maciej Sochal, from the Department of Trade Policy of the Ministry of Economy presented the most important points of the Polish policy related to the textile sector which are to be realised during the Polish Presidency of the European Union.

Situation on the global market was described by Terry Townsend, Ph. D. – Executive Director of the ICAC. He made a summary of the condition of cotton market in the past years as well as presentation of preliminary forecasts of development and price trends on the markets of raw cotton, cotton yarn and other yarns.

Mr Andrzej Drożdż – the GCA Chief Cotton Expert presented data from the Polish economy showing the up and down tendencies of various groups oftextile-clothing production.

Ms Anna Pabich from the Institute of Clothing and Textronics of the Technical University in Łódź made a comparison analysis of fibre length test results from the Lengthcontrol and AFIS devices.