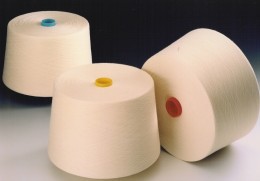 The Indian government appears to be following the example of China by forcing polluting industries to clean up their act or face closure notices. The Environment Ministry has announced that more than 900 polluting industrial units – among them many textile, tannery, dyes and chemical businesses – have now fitted real-time monitoring devices, including web-cams, at their effluent and emission discharge points in compliance new government directives. The news follows the decision earlier this year by the Rajasthan State Pollution Control Board (RSPC) to issue closure notices to 893 textile units in Sanganer for failing to install common effluent treatment plants (CETPs).

Environment Minister Prakash Javadekar said the new monitoring equipment will enable 24/7 pollution monitoring and the achieving of Zero Liquid Discharge (ZLD). The Minister has also said the installation of such systems will become mandatory for all new units in what he claims is “a big leap in the management of pollution in the country.”