On 5 June, in Cracow, directly after the annual General Assembly of GCA members, an open debate was held – dedicated to the situation and prospects of textile industry. The organisers of the Debate were The European Committee of Cotton and Allied Textile Industries and the Gdynia Cotton Association. 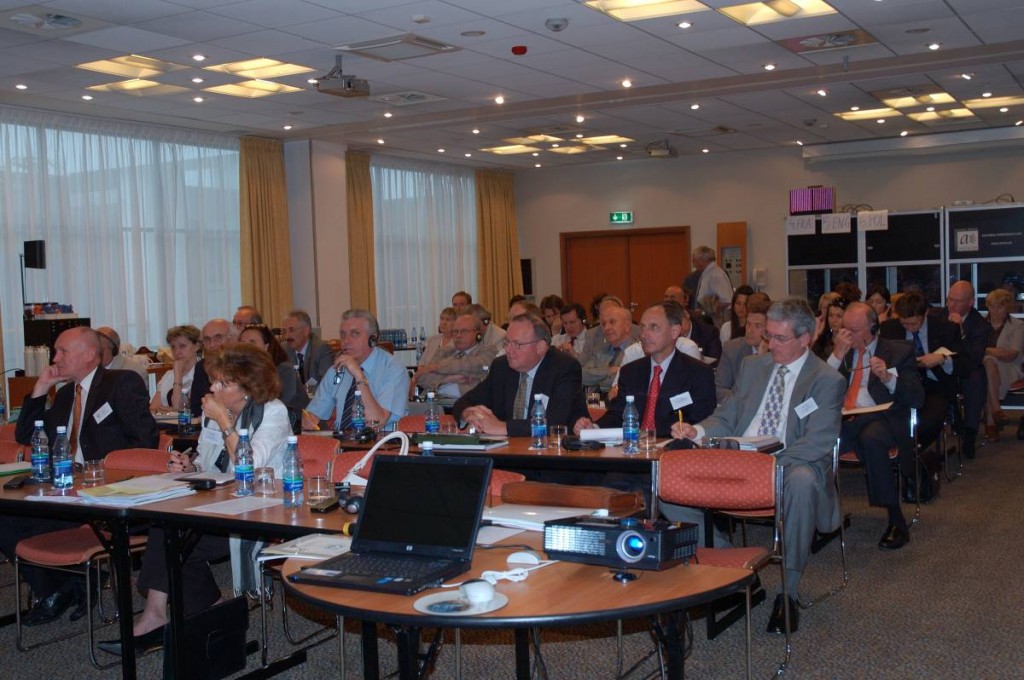 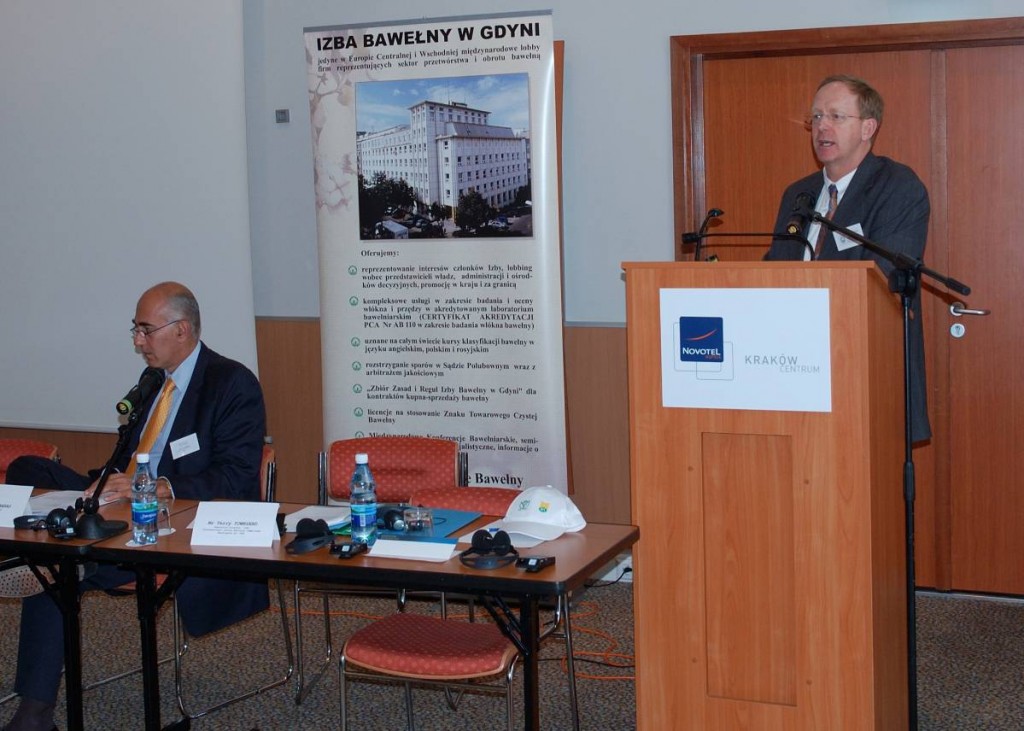 In the first part of the Conference, Mr Terry Townsend – Executive Director of the International Cotton Advisory Committee in Washington informed the audience on the world cotton markets situation, forecasts for demand and supply and an estimated structure of turnover of this raw material in the nearest seasons. 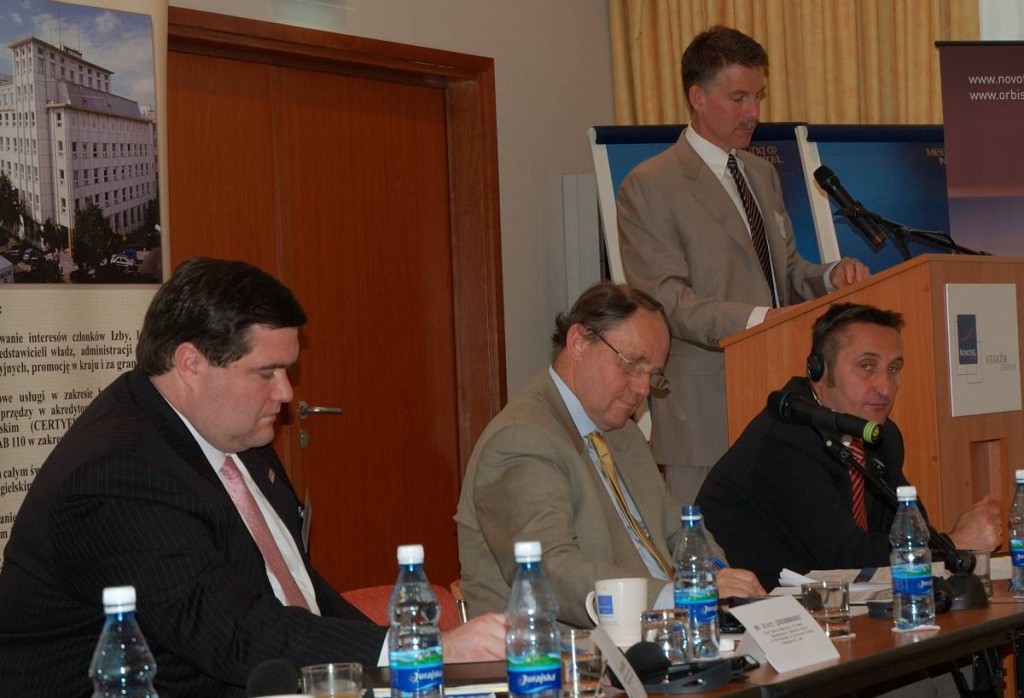 The second part of the Conference – organised in the form of a discussion panel – undertook the topic of impact of the EU economical and trade policy on the competitiveness of the Polish and European textile-clothing industries. During the panel, a fierce discussion emerged The topic which evoked the highest emotions was pro-import, policy of the European Commission, destructive for manufacturers.

Fritz-Harald Wenig– the representative of the European Commission, DG Trade G (Market Access and Industry) former Director DG Trade H (Trade Defense) – as an official Commission’s representative, who perfectly knows the policy of the European market opening policy, conducted by Trade Commissioner Peter Mandelson, had to face harsh, negative opinions of the remaining participants of the meeting. Industry and branch organisations’ representatives from the textile-clothing sector remarked that the trade policy propagated by the DG Trade was destroying European industry. “The textile-clothing industry became scapegoat for the European players fighting for the access to the Chinese banking, financial and investments’ sector” – it was said.

Mr Cass Johnson – representative of the National Council of Textile Organizations, was warning against the economical and social costs of Chinese expansion on the developed countries’ markets. He appealed for a permanent monitoring of the situation and initiating of safeguards. Besides the anti-dumping procedures and countervailing duties, the representative of the American branch pointed out the underestimated possibility of lodging complaints to WTO. According to the WTO rules, subsidies may be sued. If they have a negative impact – the loss of the market share or a drop of prices should be proved, on the global as well as on the local markets.

In 2007, National Council of Textile Organizations identified 63 subsidies on the Chinese market, being employed mainly in the textile-clothing sector and The Council asked the USA representative at WTO  (USTR) for checking the legitimacy of their application. According to the USTR report – not less than 20 of them resulted to be discordant with the WTO regulations. USTR continues the checking activity, what should finally lead to the lodging of formal proceedings against China on the WTO forum. 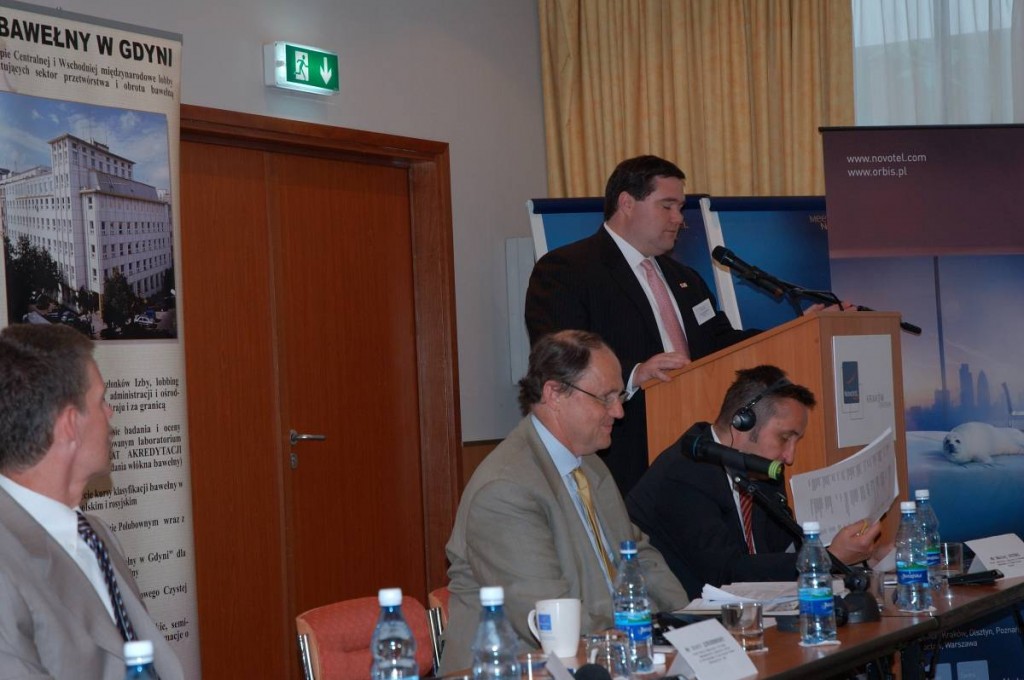 Details and engagement of the American party in the negotiations between the WTO and China, on observing by this country the obligations following from its membership in the WTO, was presented by Mr Scott Quesenberry (Textile Negotiator in the Office of the US Trade Representative at WTO).

Representative of the Polish Ministry of Economy – Mr  Maciej Sochal (Department of Trade Policy) presented Polish activities in the frame of the EU trade policy, in the scope of textile-clothing imports. Informing on the clothes’ and textiles’ imports to Poland, growing from year to year, and on successively growing China’s share in the general volume of imports (from the level of ca. ca 14% in 2006, through 17,5% in 2007, up to over 20% in the first three months of 2008) the Ministry representative underlined the activities of the Polish Government supporting the competitiveness of Polish textile industry – which are being carried out on the domestic and EU forums. 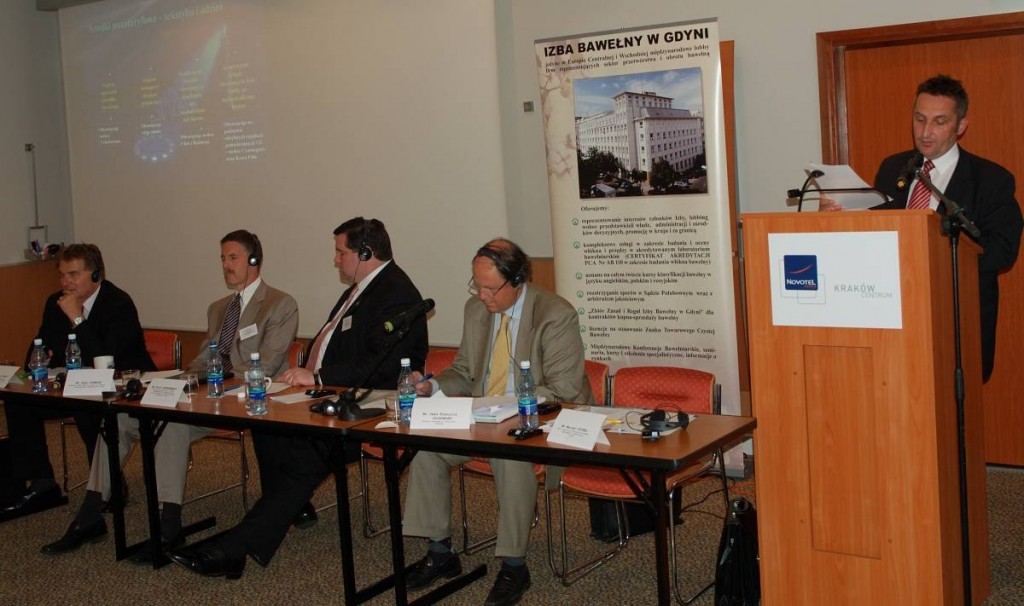 Mr Artur Gacek, member of the GCA Board and an important fabrics’ manufacturer in Poland underlined the fact that in the present market surrounding there is no possibility of fair competition between European and Chinese producers. Those from Europe observe environmental standards, control pollution emissions and apply rational waste recycling policy as well as the labour law regulations, safety and hygiene at work provisions and many other standards, norms and regulations pertaining to economical activity in Europe. At the same time, Chinese producers carry their activity out at large, do not observe any of the above mentioned norms or rational energy management, as there is no demand for execution of observing theses rules in the Chinese economy. The issues of environment protection emerge there practically only in case when world media expose ecological disasters caused by industrial plants which do not observe any standards. Lately, in China, the problem of energy prices becomes more and more important. It is regulated by the state and has no real impact on the production costs. “We may not speak about a fair competition, as in such circumstances it does not exist at all” said Mr Gacek.

In turn, Mr Ertekin ASHABOGLU, Eurocoton Vice President and member of the Board of the Turkish Textile Employers Association, in a highly emotional address alleged the European Commission that it was applying very severe restrictions towards Turkish manufacturers and exporters when it traced even a slightest sign of dumping practices, whereas this policy towards China is poles apart. “Turkey bore huge costs in order to adapt to the EU requirements, and what did it get in return? asked Mr Ashaboglu – “We can see European market flooded with Chinese articles and no reactions of the Commission organs to the evident breaking of the rules of fair trade by Chinese suppliers and international trading concerns.”

In the fierce discussion among representatives of the industry and the representative of the European Commission – Mr Wenig, that followed afterwards, it was pointed out that the EU policy successively destroys individual branches of industry. Consequently -the possibility of taking advantage of the scarce safeguards which had been left for the branches is being radically suppressed. If the European manufacturers are destroyed, there will be no possibility of initiating the anti-dumping proceedings, as there will be no victims – they will disappear from the market and the job places will vanish at the same time.

Harsh comments on the inaction of the European Commission towards the more and more difficult situation of European manufacturers were formed also by other branch organisations representatives who were present at the debate.

At a special request of the representatives of Polish industry, a presentation was prepared by Mr Mariusz Jan Radło, Professor of the Warsaw School of Economy  and the co-founder of SEENDICATE (Syndicate of Economical Experts). The title was “Offshoring and Outsourcing of Business Processes. Chances for Polish Enterprises”.

The representatives of the national branch organisations from Austria, Belgium, France, Greece, Germany Poland and Turkey who were present at the meeting were discussing further activities of Eurocoton to be carried out on behalf of the European spinning-weaving sector as well as the forecasts for the development of the situation of the European industry, in the light of the EC policy, directions of NAMA-WTO and global development trends.