Collaborative Responses to Attacks on Cotton: Is the IFCP Worth Joining? 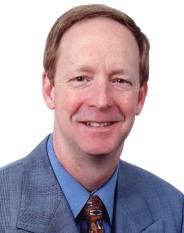 With a Ph.D. in Agricultural and Resource Economics from Oregon State University in the USA, Dr. Terry Townsend is a consultant on commodity issues. He is currently working with the African Cotton and Textile Industries Federation (ACTIF). He served as executive director of the International Cotton Advisory Committee (ICAC) and has also worked at the United States Department of Agriculture for five years, analyzing the U.S., cotton industry and editing a magazine devoted to a cross-section of agricultural issues.

Does it make any difference that an agency of the Government of Germany is implicitly encouraging German retailers to source products made of polyester, rather than of cotton or wool, because of alleged environmental damage and harm to animal welfare caused by natural fibre production? www.textilbuendnis.com/en

Does it make any difference that documents provided during the Copenhagen Fashion Summit explicitly encourage designers and manufacturers to use polyester fabric rather than fabric made of cotton or wool? www.sustainabilityportal.net/blog/pulseofthefashionindustry

Does it make any difference when journalists routinely demonise cotton for “toxic and persistent synthetic pesticides and fertilizers, as well as genetically modified seeds?”

Does it make any difference that a simple Google search on the phrase, “cotton and pesticides” yields 22,900,000 results, almost all highly negative?

Maybe not. Despite the attacks on cotton, world mill use is rising to more than 25 million tons this

season. While still lower than 10 years ago, this is the highest level of consumption since 2011.

Maybe not, but, when you look at the statistics and see that cotton’s share of world fibre use has fallen from around half in the 1980s to around one-fourth today, and when you realizes that the world cotton industry has not grown in 10 years, despite robust GDP growth and population increase, it makes you kind of uneasy.

Maybe the attacks on cotton don’t make a difference, but you have to wonder what might happen if more than just a few percent of consumers start to believe the allegations and try to avoid cotton as a result.

Maybe the attacks on cotton don’t make a difference. On the other hand, maybe they do, or maybe they will.

Maybe the attacks on cotton don’t make a difference, but any prudent investor considers alternative scenarios. Maybe the cotton industry should be mounting a coordinated rebuttal to the drum beat of negative allegations made about cotton, just in case it turns out that those allegations do make a difference. History of Promotion Efforts

There is a long history of international efforts to promote global cotton consumption by providing positive information to consumers.

Unfortunately, the IFCP concept was only partially accepted by a few countries. CONALGODON in Colombia gave away free t-shirts with the Colombian cotton emblem on the back to participants in marathons; as runners passed a camera, viewers on TV would see the cotton emblem. The Cotton Association of India (CAI) launched an educational program targeting children in about the 6th grade with information about cotton in India; the mascot is “King Cotton,” a super hero who promotes national unity and economic growth. The association of cotton producers of Brazil (ABRAPA) has recently started a program of demand enhancement using money received from the United Statesunder the WTO Brazil Cotton Case. Cotton South Africa, Cotton Egypt Association and Supima in the United States are also working to expand consumption and exports of their cotton.

However, outside of Cotton Incorporated, there have been no other systematic or institutional efforts to boost generic demand for cotton around the world since the demise of the IIC 23 years ago. National cotton industry organisations and national governments do not see their self-interest being served in the generic promotion of cotton; they are only willing to promote exports or mill use of their own cotton. Further, associations and individual companies are reluctant to engage in public debates with environmentalists and retailers about the sustainability of cotton, and even if they are inclined to respond, they often lack the knowledge base to do so effectively.

The core problem is that consumer-facing demand enhancement, including campaigns to improve cotton’s image by providing accurate information about production practices, is difficult and time consuming.

If the attacks on cotton made by NGOs and retailers have an impact, and if an organized international effort to offset those attacks with factual information about cotton production is to be initiated, then a new approach is needed.

A Role for the IFCP

The membership of the IFCP consists of cotton industry associations and private companies who voluntarily contribute at least $1,000 per year to support efforts at positive messaging. At the end of 2017, members included Cotton Australia, Modern Nile, the Bremen Cotton Exchange, the Cotton Association of India, the Gdynia Cotton Association, Cotton South Africa, Cotton Incorporated and Supima. So far in 2018, Cotton Analytics and Cotton Council International have joined IFCP as new members. Mark Messura of Cotton Incorporated is Chair, Elke Hortmeyer of Bremen is Vice Chair and Terry Townsend of Cotton Analytics is Treasurer. ICAC serves as the umbrella organization, holding the bank account and providing half the annual budget.

The officers of IFCP are leading a strategic rethink of the organization’s mission and how best to serve the objective of demand enhancement. IFCP met in Tashkent last October on the margins of the ICAC Plenary Meeting and agreed to expand its range of activities to include providing organized responses to some of the more egregious allegations made against the cotton industry. With an annual budget of less than $20,000, IFCP is not going to change the world, but the organization can be effective as a thought leader within the apparel value chain.

IFCP will soon roll out a new web site and begin to engage systematically on the side of cotton with those who demonize. Members of IFCP will jointly decide which attacks on cotton merit the most immediate responses. Objective, fact-based rebuttals will be prepared, and members of the IFCP, along with the ICAC, can distribute those rebuttals through channels deemed most appropriate.

Do the attacks on cotton matter? Maybe, maybe not. The people making the attacks seem to think their allegations matter. The IFCP is a small, but prudent, institutional response to the most consequential of the attacks.

The Cotton Association of India (CAI) has supported demand enhancement through its school contact program. That effort to provide positive information about cotton to students and consumers is beneficial, but not sufficient. CAI and all other cotton industry organizations can support the IFCP in its work to challenge those who demonize by rebutting spurious allegations.

Retailers and environmentalists demonize cotton because it is without cost to do so. Within the demographic of urban consumers and activists ignorant of the realities of agriculture, allegations can be made without challenge, thus the incentives to make such allegations are dominant. Only by repeatedly and volubly challenging those who demonize, with public, specific, fact-based rebuttals, will the cotton industry be able to make demonization expensive and thus shift the structure of incentives that currently makes demonization profitable. The IFCP is the only international organization taking on such a challenge, and the support of India, including CAI, will be appreciated.